RGPV 2008
Construct DFA accepting set of all strings containing even no. of a’s and even no. of b’s over input alphabet {a,b}. 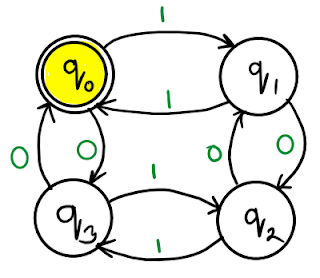