Ans. An automaton is an abstract self-propelled computing device which follows a predetermined sequence of operations automatically.
There are four major families of automaton :
1. Finite-state machine: A system where particular inputs cause particular changes in state can be represented using finite state machines. In it a state machine will read a series of inputs. When it reads an input, it will switch to a different state. Each state specifies which state to switch to, for a given input. 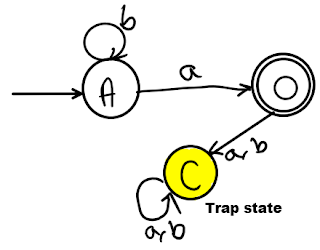 4. Turing Machine: A Turing Machine is an accepting device which accepts the languages (recursively enumerable set) generated by type 0 grammars.