Jayesh Umre
PPL
COROUTINES
To understand coroutines first we should know about subroutines.
In computer programming, a subroutine is a sequence of program instructions that perform a specific task. For example a program for addition, subtraction. Subroutines is also known as function. 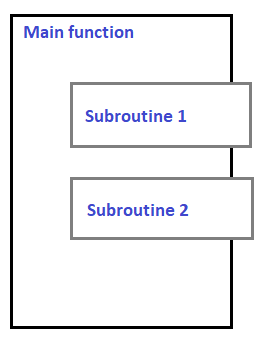